Last Saturday we celebrated Carson’s third birthday with a cowboy themed party. It was perfect! Chad designed several posters of Carson depicting him in different cowboy themed settings to use as decorations. Aren’t the posters the coolest thing? When little man walked into the living room after everything was all set up he just kept saying, “This is awesomely, awesome!”

His cousins and friends enjoyed an afternoon of cake, lots of snacks, helping Carson open presents and pony rides. We rented two ponies for an hour (which is more than enough time), and they rode them around the field across from our house. The smiles on the kids were priceless.

I made stick horses for all the kids as a party gift, which even the bigger kids got a kick out of. Once everyone left, Papaw put all the toys together and Carson played non-stop until bedtime. He even went to sleep with one of his new planes! 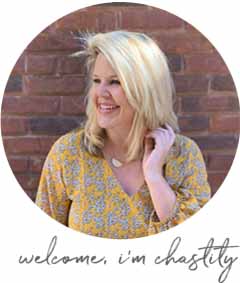 I share easy recipes, outdoor adventures with kids and affordable travel destinations for the family. Life is chaotic and I’m helping parents find joy in the everyday!